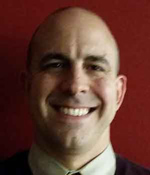 Coach Udchik began his wrestling career in the sixth grade at Glenside Middle School in Glendale Heights.  He then wrestled at Glenbard West High School from 1992-1995 where he earned all conference and all state honors.  Coach Udchik then wrestled and played rugby at Northern Illinois University from 1995-2000.

He began his teaching and coaching career at West Aurora High School in Aurora where he taught English and coached at the freshman, JV, and varsity level for three years. He then moved on to teach English and coach wrestling at Rolling Meadows High School where he was the varsity assistant for four years.

Coach Udchik has taught in the Special Services Department and coached wrestling for the past 3 years at Barrington High School.  This will be his first head coaching opportunity and he is very excited to become a head coach.  He has been married for nine years to his lovely wife named Gina, and they currently reside in Rolling Meadows.